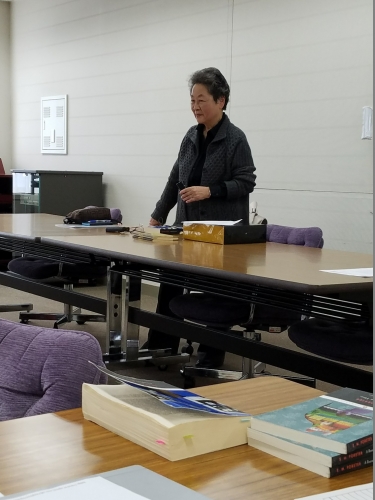 “but I do have to decide whether I want my particular kind of life prolonged. I have no curiosity at all about the future.”

The past was another matter. Wilditch remembered a leader in the Civil War who rode from an undecided battle mortally wounded. He revisited the house where he was born, the house in which he was married, greeted a few retainers who did not recognize his condition, seeing him only as a tired man upon a horse, and finally---but Wilditch could not recollect how the biography had ended : he saw only a figure of exhaustion slumped over the saddle. He also took a train from Liverpool Street.

At Colchester he changed on to the branch line to Winton, and suddenly summer began, the kind of summer he always remembered as one of the conditions of life at Winton.

Quite soon I was lost, and yet how could I have been lost if the lake were no bigger than a pond, and the island therefore not much larger than the top of a kitchen-table?

A dream does not take account of size. A puddle can contain a continent, and a clump of trees stretch in sleep to the world’s edge. I dreamed, I dreamed that I was lost and that night began to fall.

The night had passed and with it the rain and the wet wind.
He went downstairs and unlocked the front door.

Wilditch got to his feet. As he levered himself upright, his hand was scraped by the sharp rim of some metal object in the earth. He kicked the object free and found it was an old tin chamber-pot. It had lost all colour in the ground except that inside the handle there adhered a few flakes of yellow paint.

He turned the pot over and over; it was certainly not a golden po；a child might have mistaken it for one when it was newly painted Had he then really dropped this in his flight---which meant that somewhere underneath him now Javitt sat on his lavatory-seat and Maria quacked beside the calor-gas…? There was no certainty; perhaps years ago, when the paint was fresh, he had discovered the pot, just as he had done this day, and founded a whole afternoon-legend around it.

Then why had W.W. omitted it from his story?
He had a sense that there was a decision he had to make all over again. (make over=作り直す)   Curiosity was growing inside him like the cancer.

Jon 先生’s talk
He returned to California, his home town for three weeks. It is a state with a desert area. But this season is not as usual, the place is full of flowers , that is “Super Bloom” , because of rich rain (like the rainy season in Africa） Wonderful! Fantastic!

Simile ( alliteration 音が同じ, rhyme)
A is like B
A is as adj. (形容詞)as B
Your eyes are as blue as the sky. (cliché)
He drinks like a fish.
He smokes like a chimney.
as drunk as a skunk (alliteration  音が同じ)
as happy as a clam (at a high tide)
as quiet as a mouse
as sick as a dog

The first story is about connecting the dots.

It started before I was born. My biological mother was a young, unwed college graduate student, and she decided to put me up for adoption.
She only relented when my adoptive working ?class parents promised that I would someday go to college.
17 years later I did go to college. After six months, I couldn’t see the value in it.
I dropped out of Reed College, but then stayed around as a drop-in for another 18 months or so before I really quit. I decided to take a calligraphy class , where I learned about serif and sans serif typefaces.
10 years later, I designed it all into the first Macintosh computer.
It was the first computer with beautiful typography.

You can’t connect the dots looking forward ; you can only connect them looking backward. So you have to trust that the dots will somehow connect in your future.